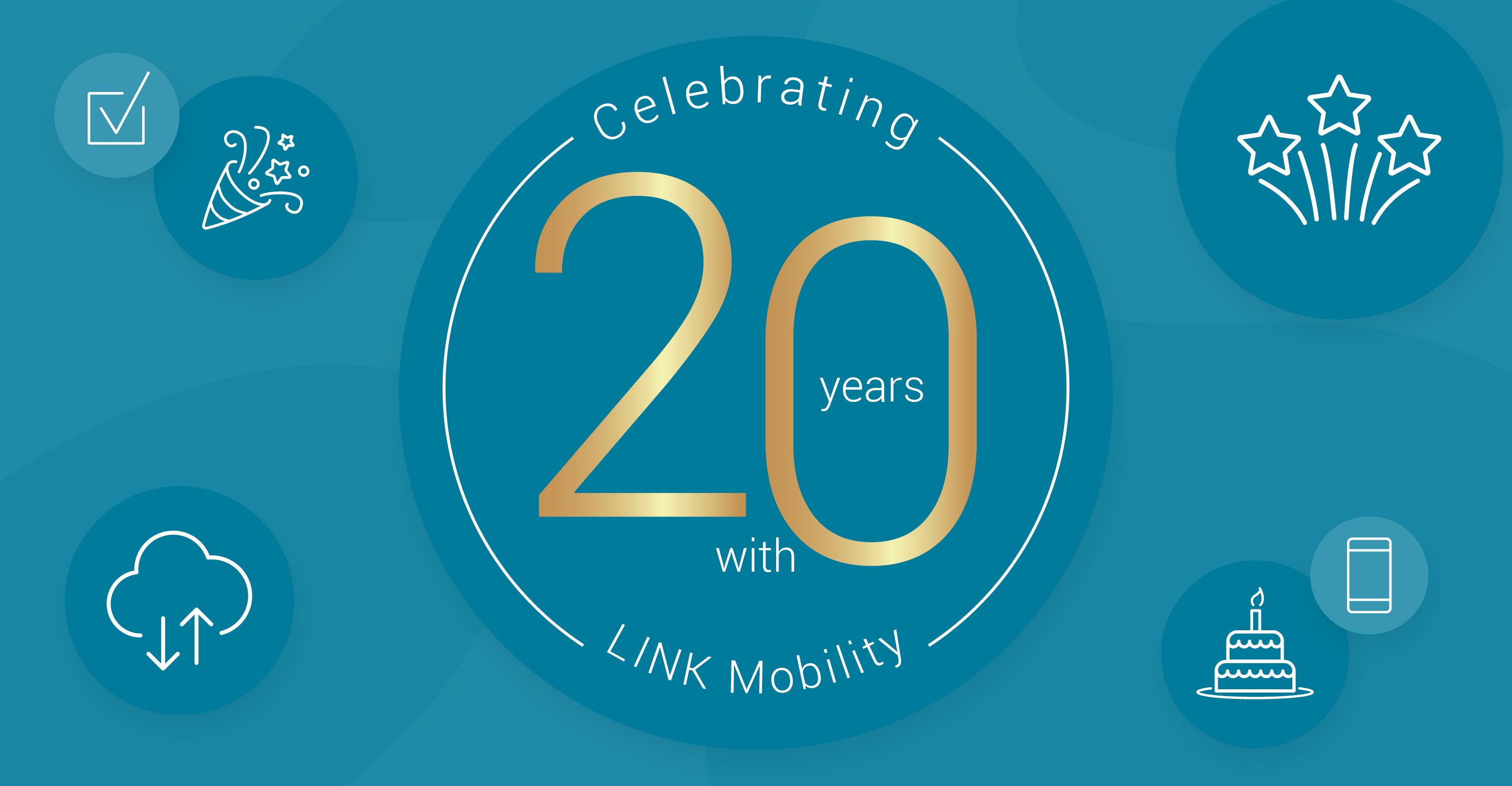 We had the honor of sitting down with Jens Rugseth, the founder of LINK Mobility, to pick his brain on a variety of topics. We discussed everything from the beginnings of LINK to his failures and successes to advice for aspiring entrepreneurs.

LINK was founded 20 years ago, and Jens remains involved with the company as Chairman of the Board. Read on to learn more about his business expertise and his thoughts on LINK’s past and future.

What inspired you to found LINK Mobility and how did it start?

A friend of mine and I were working in another company, and we saw that people were using mobile phones like Nokia and Sony Ericsson for games like Snake. We thought they were a bit simple and that maybe we can do it better, so we decided to develop some games. We also had dabbled in bots, very early AI systems, so we made a bot named Kitty on the web where you could ask questions like, “What time is it in New York?” or get relationship advice. We developed a bot with about 100 themes, everything from love to horoscopes to movies. We had it on the internet, but later put it on the phone to be able to make money. So, we had Kitty and then we had a Norwegian card game called “Amerikaner,” which exploded in the market. We had found a niche! Over the course of a few years, we produced 10-15 games, like chess, hearts, backgammon, etc., and we made local games for other countries as well.

Eventually, we decided to use our tech knowledge to attack issues in the backend infrastructure instead of front end with games. We came up with solutions to help players to offer better services to media companies, operators, and end users.

People struggled at the time to make the internet graphically intuitive and nice with pictures, sounds, etc. and also speed. We came with a simple user interface and short text messages, below 150 characters to avoid two messages. The technology took a while to mature, and there was some trial and error before we got to where we are today.

Today, we face the challenge of educating customers on how to use our services, how our products benefit them and can save them money. Back then, it was more about getting a meeting and keeping them interested. The technology has matured a lot more today, and A2P and CPaaS are the platforms that most enterprises prefer when they talk about how they can communicate with their end customers. We have strong competition today, and we now must focus on becoming the best in our CPaaS industry.

Want to learn more about CPaaS? This article explains everything you need to know!

How has the company grown and changed in the 20 years since founding?

As I mentioned, we started in games and bots. After a few years, we ventured into offering solutions for enterprises around Oslo and then worldwide to be able to communicate efficiently with their end customers. The company was originally called EMEMESS – an abbreviation for MMS messages. We then merged with another company after 4 years called Zapdance. In 2007, we bought a company in Sweden and we changed the name to LINK Mobility. When we signed Norwegian Air in 2010 they found we had a lot of applicable services for their customers. It was profitable for them, too, since they charged their customers to receive this information. Once we got Norwegian, then we could use these use cases to share with other enterprises.

We created a new way of communicating which still has a broad appeal. The direct communication of one-to-one is much richer than the internet. It’s easier to know if people have read it and how quickly they read it compared to the internet. People started to understand the power of being able to reach out directly to tens of thousands of people at once. Marketing is no longer a campaign that takes 3-6 months to see results; we now see marketing in real-time, with the ability to change the message based on reactions immediately with an AI focus. Technology has reached new levels since 20 years ago.

What does it mean for LINK Mobility to be back on the stock market?

This has several advantages. We see that we are one of the top five players around the world, and we’ll be around when the dust settles. I predict there will be a lot of M&A activities going forward and a lot of consolidation. We have a company with a share that is listed, so when we do M&A, pricing on our side is easier. By being on the stock exchange, we’ll have access to capital, and we’ll be known by banks worldwide involved in buying and selling companies. In addition, it’s easier for shareholders to sell and buy, but for us it’s most important that we’re in the top five in the world since this is such a high growth area. Lastly, the media is more interested in public companies.

You’re a bit of a serial entrepreneur. What advice do you have for people who might want to start their own company?

I’ve started too many companies! [laughs] If someone wants to discuss a business idea with me or if I have an idea, the first question is, based on these services or products, who will pay your salary? Meaning, who will buy these products or services? There are hundreds of great ideas, but people have to actually buy it. You have to really understand how your products are positioned – as a necessity for people or their business. Secondly, I tell people that if they’re doing this to be rich, then I don’t want to be part of it. It’s the wrong ambition. Your plan needs to be to work as hard as necessary and do whatever it takes to make the company successful. It’s not the value of the company, but the success of the people, the services and products, and passion.

In one of my other companies, Crayon, we sell software services in one of the most competitive areas in the world. We have continued to outgrow the market for almost 20 years – and this is through our passion, strategy, customer-centricity, and values towards our customers. We care about how we can help our customers to solve their problems. We asked ourselves what problems are we solving? So, when assessing starting your own company, ask yourself these key questions and assess your intentions.

What is your main motivation?

For me, it’s always been two things. When we started both Crayon and LINK, we had a sign on the wall that said, “We’ll either be best, or we quit.” Life is too short to spend time on being mediocre. Once we became the best, we decided we needed to become #1, or we quit. That started with just Norway and then extended beyond. We are our own judge on this, but we still keep this ambition to be number one. With LINK, we’re number one in Europe. We have the largest amount of enterprise customers in Europe. We have a tough sustainable sales model. I believe we can be top 3 or even number 1 in the world in the next 5-10 years.

What has been your biggest failure and how did you learn from it?

The biggest failures I’ve had are things I’ve said “no” to. If I don’t understand the business model or don’t believe in it, then I say no. I think one of my biggest failures is that I haven’t taken enough risk. It’s important that you are able and willing to follow through a task despite the risks. Like when we started in the US with Crayon, we didn’t do so well to begin with, and people told us we should pack up and go home. Now, the US is Crayon’s biggest market. With LINK, we hadn’t made any money in Norway, but we decided to expand to Sweden since we saw it as an international opportunity.

Jens also tells us that maybe one of his biggest failures was that he didn’t complete his bachelor’s degree. However, he started three companies at the time, so we believe he has a good excuse!

What has been the highlight of your career so far?

When we put LINK back on the stock exchange, and we were called a European unicorn. That was incredibly special. There aren’t many unicorns from Norway. Another highlight is where we’re at now – #1 in so many countries. I hope we’ll start up in another country outside of Europe and succeed.

What are the biggest drivers of success in LINK?

We have great employees, especially in the Nordics where the culture is to take responsibility and to not just say, “yes” but to ask why. They drive projects not just from A-B but to A-Z. We’re used to collaborating and taking responsibility for our own jobs in the Nordics. I see in both Crayon and LINK that the average salesperson in the Nordics brings more than twice the gross margin than anywhere else. This is something we can learn from and extend to outside of the Nordics.

Focus is another driver of success. Understand what drives growth and focus on that. Study the most successful countries. If you don’t have a world class sales organization, then it doesn’t matter what products or services you have, your marketing, your technology; it’s about how you can sell the message.

Where do you see LINK Mobility in 10 years?

Today, we’re just shy of $450 million in revenue for the last twelve months. I see us becoming a $1 billion company in the next three years. I think we’re seen as a key player in the CPaaS space, and I hope we have an ambitious organization that aims to become the #1 player. It’s so gratifying to win – that’s the reason I go to work every day.

Jens Rugseth is a Norwegian entrepreneur and businessman and has founded several companies within the IT-sector.

Get in touch with us to see how we can help your business communicate effectively with your customers. 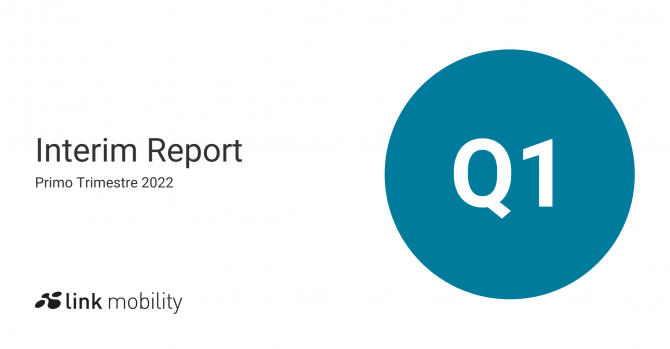 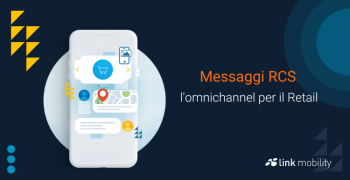 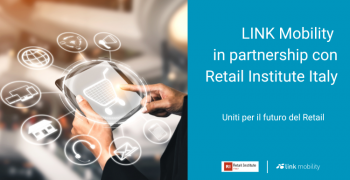